Let’s celebrate! mPolitics is officially one year old! The best present you can give us is to keep reading our content; subscribe to our blog by entering your email on the sidebar ->

And now, for this week’s top political stories:

1.Canadian Asylum Seekers Influx – In the first two months of 2017, Canada has seen a rise in the number of asylum seekers illegally crossing the Manitoba and Quebec borders from the US into Canada. Canada has received 3802 such refugee claims this year – already 10% of the total amount of such claims received in 2008, the highest year on record. The increase in illegal crossings is due to a combination of two things: the new Trump administration policies and the Safe Third Country Agreement. As Canada and the US are both members of the UN’s Safe Third Country Agreement, anyone who crosses legally from the US into Canada and tries to make a refugee claim would be sent back because the US is also a ‘safe third country’. The NDP has challenged the Liberals to eliminate the Safe Third Country Agreement due to the incentive it provides for people to enter illegally, thereby risking life and limb. Liberal Citizenship and Immigration Minister Ahmed Hussen has commented that, “We will not get out of the Safe Third Country Agreement because the United States continues to meet its international obligations with respect to its domestic asylum system”. The Conservatives have challenged the Liberals to increase support for the border towns dealing with the influx. (Globe and Mail)

3. Anti-Islamophobia Motions – The Ontario Legislature unanimously passed an anti-Islamophobia motion this week, mirroring the the motion being debated at the federal level in the House of Commons. (Globe and Mail) 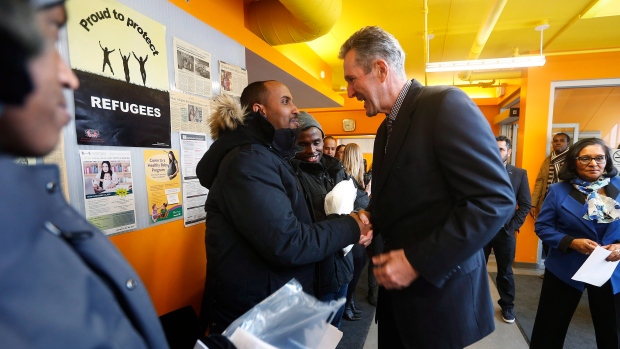